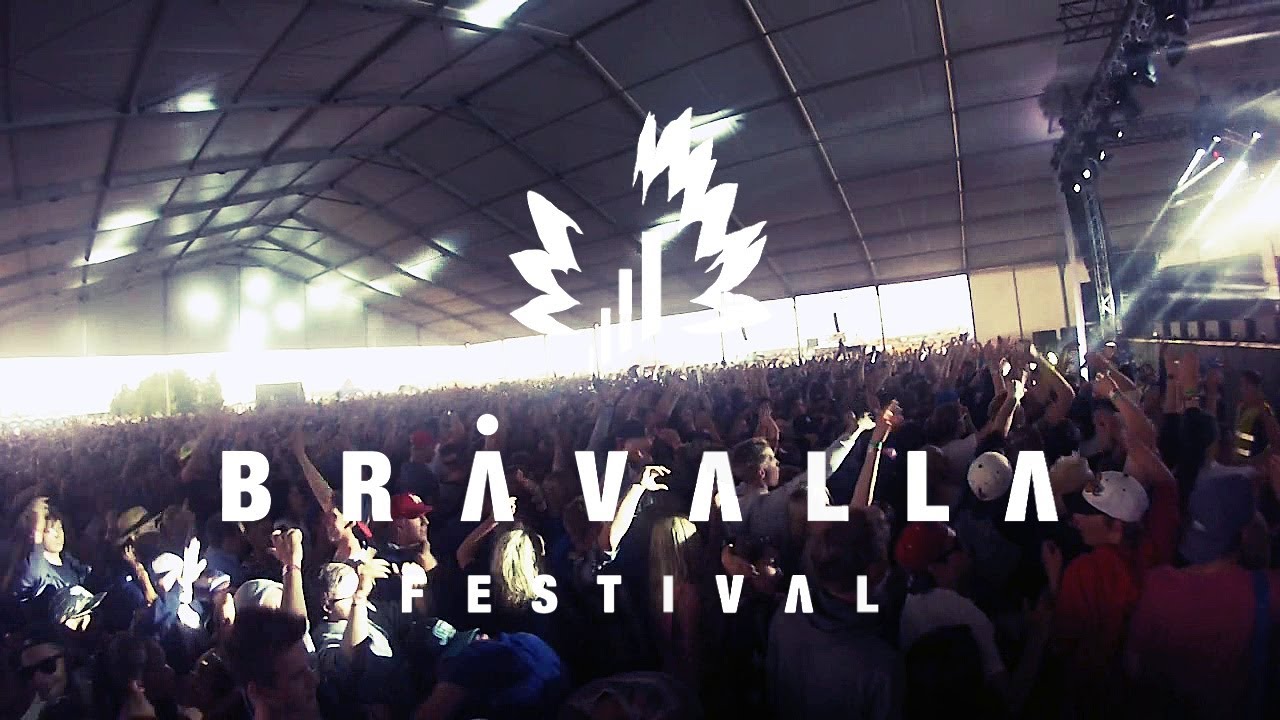 One of the things about people when they’re young, and I include myself here when I say that it is common for us to portray naive attitudes. Especially when it comes to our safety.

Nearly every magazine for the last couple of months has printed articles regarding a go-to guide for festival goers. But I actually read an article about the rise of sexual assaults at festivals and the significant amount that probably go on reported.

Why is it that an incident which is life changing and traumatic for anyone, is something which is all too often pushed under the rug. Not long ago I wrote a post about the stanford rape case, which was significance because most of the time the press nor the justice system seem to hear of such incidences because Universities decide to “deal with it internally”, thus protection reputations.

Cosmopolitan magazine UK recently published an article and referred to it as ‘The great festival hush-up” (certainly fitting).

If approached by campaigners festival organisers seem to take a leaf out of many politicians’ book and decline to comment on the matter or arrange a meeting to improve the situation.

If they fail to set up precautions then what does that mean for our safety? We all know it’s a risk when we go but is it a risk we realistically evaluate? Or do we take the easy way of ignoring this and thinking ‘but it wouldn’t happen to me?’. Don’t get me wrong I’m not blaming the victims, it is in no way their fault. But it is time we raised the volume of talk on this issue and pressured the organisers to actually do something to help.

Thankfully one group have used their fame and influence to send a stern message to festival organisers.

Recently Mumford and sons boycotted Swedish festival, Bravalla, after many reports of sexual assaults were made. Five known cases of rape and at least a dozen suspected.

If more musical acts protested against performing unless this topic was taken more seriously and action was made then real effective change might just be seen.

I know we don’t live in a perfect gum drop unicorn rainbow world but still, the amount of times this happens is unacceptable, especially when afterwards the festival does little to support the victim(s). Not even inquiring for witnesses/information, speaking out about the issue to the public and doing their level best to give those the justice they deserve.

But no it’s all about the money. The fear that if they acknowledge this happens then they might lose in ticket sales.

When is money not going to be prioritised over people.

How many more times does this have to happen?

Just ask yourself, what if it was you, or your sister or your friend?

Unless you don’t fall into the millions who have accounts on social media, and/or don’t pay attention to international news you won’t have heard of the Stanford Rape case that has recently taken place.

This week has seen a positive effect of social media. I spoke about a negative side to social media in post about Hate Reading. But, this time a victims story was heard, recognised and shared-an many pushed for her justice.

Social Media has erupted and people are using the loud voice that these apps have given them, to share their thoughts on the judgement and sentencing given.

A Student and member of the elite swim team at Stanford University sexually assaulted a fellow female student, while she was unconscious due to excessive alcohol consumption, in front of witnesses. His punishment; six months in jail.

The last few years have revealed that American Universities have a serious lack of fair dealing of cases of sexual assaults on campus. One could say they even brush the matter under the rug.

Now o.k yes I don’t attend a U.S college nor have I ever lived in the U.S so I don’t really know first hand what goes in these colleges, but the stories the press has published over the years, detailing the horrific rape accounts and astonishing ways in which these victims were not protected by their college leaders, instead made to feel like they were the problem, an inconvenience to the University, creating unwanted hassle.

Look at Amber Heard. She announces that she has been physically assaulted by her husband, actor Johnny Depp and the world shuts the door in her face, labelling her a liar, gold digger etc…

No one believes that the charismatic, handsome, popular man could ever do such a thing. NEWS FLASH no one knows what goes on behind closed doors. It’s been released by the media that Depp has had a problem with alcohol and drugs. We all know we’re capable of doing a lot when under the influence of these.

Of course he’s family will defend him, and ya innocent until proven guilty-sure, I mean that’s fair. But where’s fairness when it comes to Heard. Why is she being made to feel like the evil one in this situation. Ya maybe she’s lying and just after his money. Or maybe she really is a woman who feels vulnerable, scared and deeply hurt from being seriously let down by the person who is supposed to love her, protect her and care for her.

Something needs to change. We HAVE to stop making it out that girls should dress differently to avoid giving guys the wrong idea. To not walk home alone because ‘their just asking for it then’. To stop fearing to speak up because they might be labelled liars.

Instead of getting on the hate bandwagon, maybe ask yourself. Perspective is key in this world. Always try to put yourself in another situation before you comment on another person’s actions.

And also. Be courageous. Whatever the possible outcome stand up for yourself. Stand up for someone else. Don’t ever let someone tear you down, make you feel worthless or less of a person than you are. I’ve never had anything like this happen to me. But I’d still like to thank the victim of the Stanford Rape case for coming forward. She spoke up. And now there’s more talk. There’s change. There’s a difference. I applaud this woman. And so should you.

Let me know your thoughts are below!

p.s check my twitter for a link to the video the cast of ‘Girls’ made dedicated to the victim. A powerful piece of women standing together-love it!

April fools, not really a day I’ve ever bothered too much about but this year the day of joking got me thinking.

According to wikipedia definitions, April Fools day is a day whereby people play practical jokes on one another and spread hoaxes. The idea is that you make someone believe something and then when they learn the truth you all have a good laugh about it. Having said that, sometimes people go too far and instead of making a funny prank/joke they instead hurt and insult others.

An example of this that I’m thinking of is the one where a woman announces she pregnant and before the end of the day shouts “April fools I’m kidding I’m not pregnant”.

On the day of April 1st I saw two women in particular announce their “pregnancy” on social media. Both were very influential females with a significant fan base. Singer, Gwen Stefani and Fashion and lifestyle blogger Chriselle Lim.

Gwen posted a sonogram picture of a baby with the caption “It’s a girl”. Now Gwen did later defend her action by saying she was making fun of the tabloids who continuously claim she’s pregnant. While she never intended to hurt anyones feelings surely she could understand that by posting a joke like this would ruffle some feathers, especially as she is a mother herself

Blogger Chriselle dropped the bombshell on her snapchat before later appearing with her daughter ( 1 year old chloe) and admitting she was lying. Again a mother herself, could she not predict that this was an insensitive joke. Fans even heard the blogger explain further that she has friends going through IVF treatment and that her and husband Allen would like to one day have another child.

I’m not losing my crap over this. I don’t agree with their choice of hoax for the day but I do understand that they were not intentionally hurting anyones feeling.

Still this just goes to show that you never know what someones going through and what might hurt them. As two women who have lots of followers I would have expected they not be so naive and have more respect for them. Maybe the two have learnt their lessons.

*I will still continue to follow Chriselles blog journey just fyi. I am not hating on either women, merely just discussing their actions.We all make mistakes anyway.

So guys what do you think? Did they go too far or are some of us just not able to take the joke and run with it? Let me know in the comments.

Now to lighten up the mood a little ! 😀 Keep it classy and don’t be nasty! 🙂

*DISCLAIMER: All images are not my own. They were located from google images off other sites.

Processed with VSCOcam with f2 preset

Processed with VSCOcam with f2 preset

I love where I live!

So I’m going to be honest and admit that this is not the first time I have blogged, it’s actually the third. I started, well you wouldn’t even call it a blog because it only consisted of one post, but about two years ago. I never told anyone and it wasn’t a big deal, just me being bored and writing about whatever was on my mind. Then last year I got the great idea to start a blog about my personal style. Long story short I didn’t really commit to it and I just abandoned it all together after a few months. I just wasn’t happy with the pictures I was using or what I was writing about.

I really want it to be different this time. This blog isn’t going to necessarily be a fashion or my personal style. Although, there will be a few posts because I do love fashion and I take pride in dressing well so I would like to document some of that here but I don’t want this to just be a personal style blog. Mainly because there are already so many amazing ones out there already.

This blog is just going to be me. My writing. My thoughts. My adventures. My life. I know that sounds really narcissistic but I’m trying to sound vain I just mean that I’ll be writing about my life experiences or what’s going on in the world that I’m interested in. This sounds very broad I know but I suppose the truth is I still don’t yet really know what kind of a blog this will be, I think I’ll just learn as I go along.

I hope you follow me along as I try to figure out what to do with my life, what to do with my hair, where to go on my next adventure and try and look like I have my life together when really I’m the awkward chick who well just always acts awkward.