It seems like there’s a lot of negativity directed at women on the internet lately.

It’s something I’m sick of seeing so I decided that on my little part of the internet I want to bring a little positivity and celebrate the great things women are doing.

These are five women doing great things, being amazing girl bosses and in general just not letting the world put them down.

Owner and founder of Irish brand ‘Cocoa Brown Tan’. Marissa is the real deal #girlboss. I love seeing women be independent and do great things. She’s business savvy and has developed an impressive and popular brand. Her name means something and her business is booming, there’s definitely more to come from this Irish entrepreneur. She had an idea and committed herself to building it. An Irish author and regular writer for the Irish Examiner. Louise is definitely someone I find interesting because one of my things to do on my bucket-list is to write and publish a novel. She’s a respected writer in Ireland and speaks her mind. She doesn’t seem to really care for those that criticise her. She’s unapologetic and I really admire that. You’ll know what I mean if you follow her snapchat which if you don’t then you definitely should! 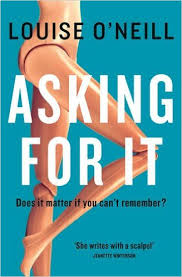 There’s definitely more to her than being Hermione Granger. The #heforshe campaign was inspiring. I’m a feminist but unlike some I don’t believe in man hating which is why I liked this campaign so much because it promotes feminism in terms of equality and shares the issue with men, inviting them to have their say and support women’s movement. Watson also has a brain and because of her passion for human rights and education I feel she’s a great role model.

The press didn’t take her seriously during and after her Spice girl days but boy did they underestimate her. Victoria re-invented herself, going from popstar to fashion designer and style icon, a well respected individual in the fashion industry. Here’s the thing about life you can do whatever you want, there are always choices and always a chance to change. I love how Victoria took control of her life and used the critics to only spur her forward.

And here is number 5. If you don’t know who she is then you mustn’t have any interest in the fashion industry because this is one very influential lady.

Johnson is an American designer.She creates magical pieces that are a mirror of her personality; feminine and whimsical. I’m always inspired by her because after all these years she’s still having fun with fashion.

At age 78, she’s also putting a lot of people to shame- there’s no excuse, she’s running a business and isn’t holding back.

As a breast cancer survivor this woman is definitely someone to look up to. She enjoys life and celebrates all that comes with it.

Many might judge her let’s call it unique style, especially because of her age. What I say; have you ever seen her in pictures not smiling? She’s confident and doing her own thing. I just love her.

What other women do you﻿ love? Who’s done something that wowed you? Who inspires you? Let’s celebrate the great things about women instead of bitching about them.

Let me know in the comments!